Yes, there are probably thousands of strains out there. No, you don’t have to try them all. Instead, try finding a familiar strain, then others with similarities and differences you can see in verified pie charts.

Four TerpTypes were added this month to the HG420 database, thanks to research investigating methods of processing cannabis samples in the analytical lab (Giese, et al, 2015). 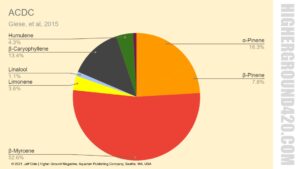 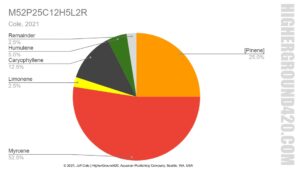 ACDC is CBD-dominant, with CBD percentages in the mid-teens, and THC below one percent. This TerpType is much like that of Tangerine Dream, TerpType M47P22C12H5L5B2R. 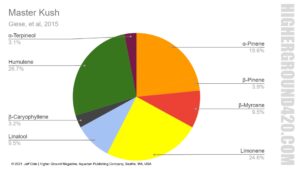 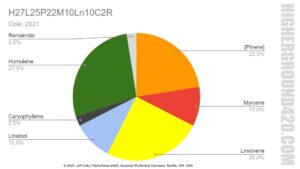 This Humulene-dominant sample was tested immediately upon harvest, so the Humulene to Caryophyllene ratio may change as it dries and cures. Humulene and Caryophyllene can be isomeric products of the same terpene synthase (TPS). This is HG420’s third (differing) profile archived for Master Kush (TerpTypes C25Ln15L15H12M12B10PN and L32C27M12H10B10P5). 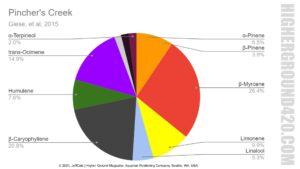 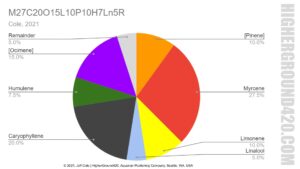 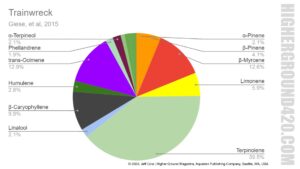 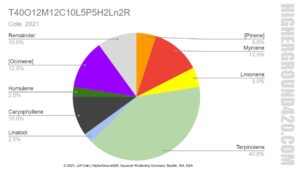 This is HG420’s second Trainwreck. The first was included in the book, TerpTypes, by Jeff Cole. To celebrate another Train wreck, HG420 has another print and t-shirt available in the HG420 store (preview below; choose black on light colors for best results). 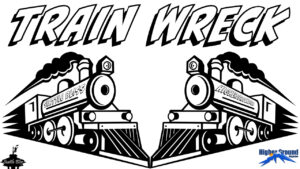 Want to learn about Cannabis, cannabinoids, terpenes and terpenoids. Become a Subscriber, enroll in a course, or buy the book. We’re glad you’re here. 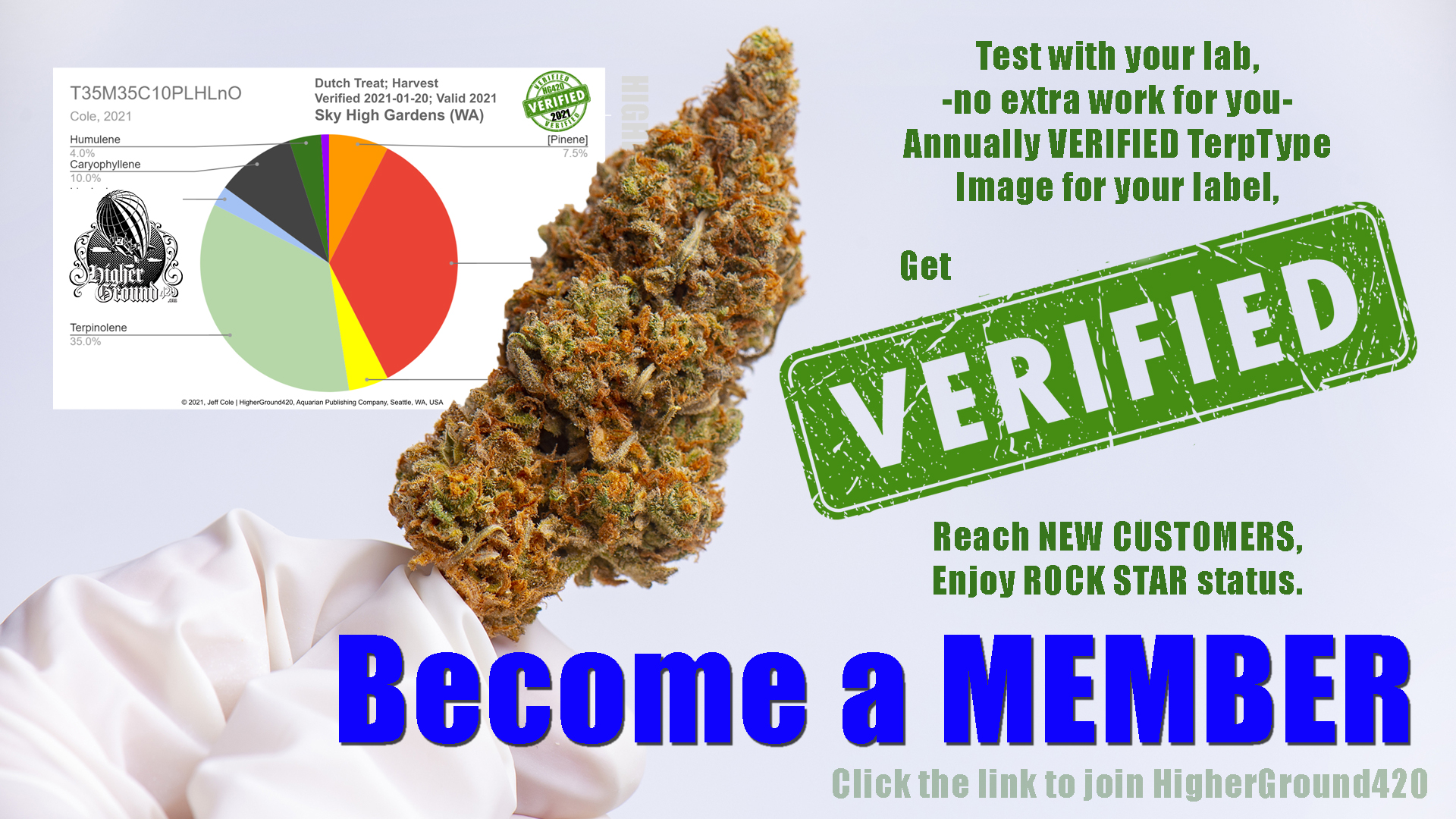 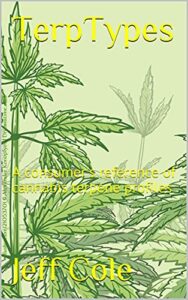 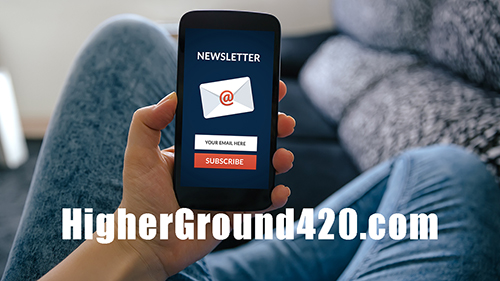